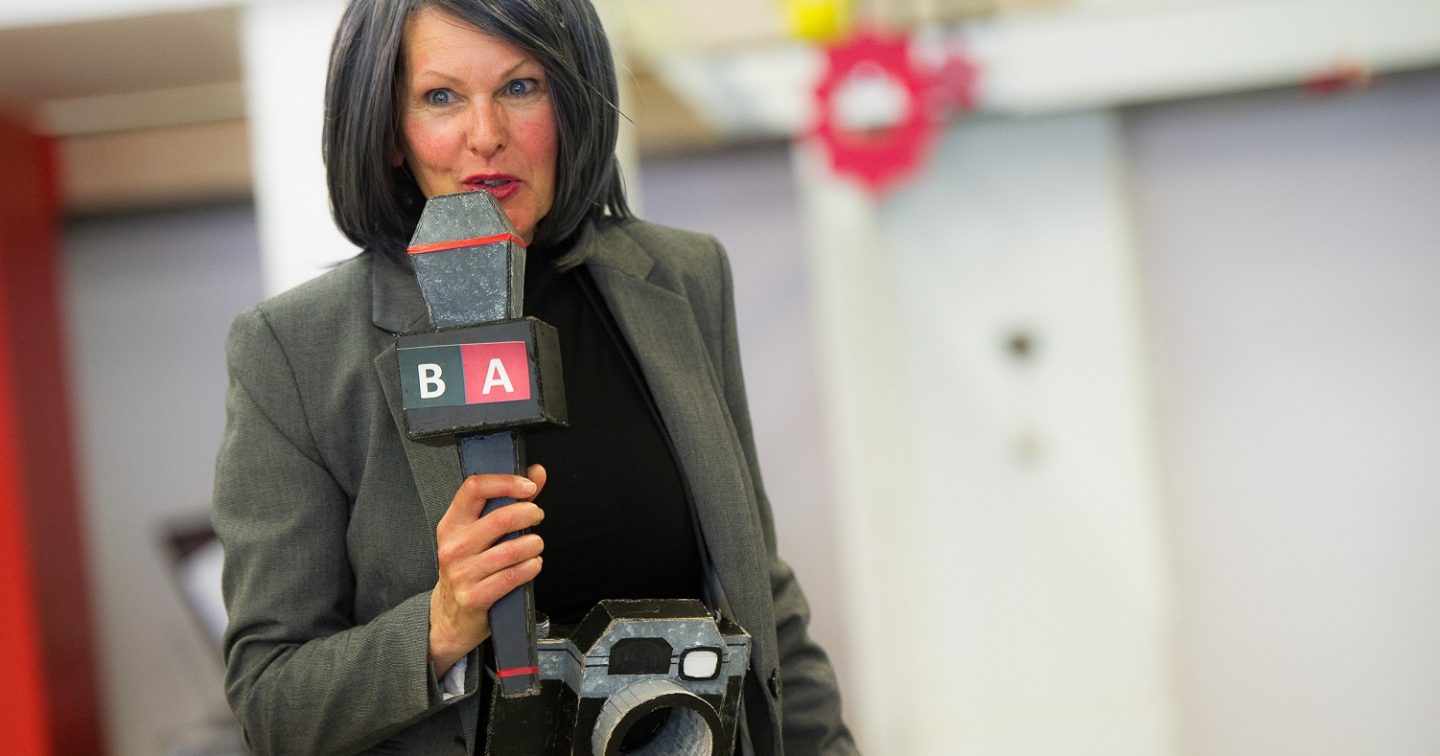 “MY MOTHER IS IRRESISTABLE”

My mother is irresistable.

She is loud. My mother is loud. She speaks loudly.

She laughs all the time.

My mother has an irresistable laughter.

My mother speaks to everybody.

She talks. A lot. All the time.

My mother speaks on the telephone. At the dinner table (thanks to the mobile), at the toilet. On the phone. Loudly. Voice. Laughter.

How can I tell about my work with characters ?

It took me quite a few years to realize that all of my characters are versions of my mother or other family members. I do not ask them to come, but they do. We are a good family. We love each other. Honestly.

One of my latest characters was not from my family.

After seeing the show, my mother asked me if I wasn’t worried my aunt would get offended. It was like seeing her, she said. Exactly her way of moving. My god, I thought. Honestly, I didn’t know.

I tried to avoid doing versions of my family, but seems  I cannot. They pop up.

And then again: Aren’t all characters a part of oneself, just enlarged ????

Did you know that we inherent gestures as well?? Not only the resemblance of  how we look, but actual movements. The way I turn my neck. My brother does the same.

My daughter walks like her grandmother (the  other one)

I have to find the character in my body. Always physical. The movements. The way of walking. The voice. When I find it, it has its own psychology. He or she acts and reacts in his/her own logic. I can distance myself . I didn’t say or do that. She did!!!!

It can take time. To find the character, I mean.

I created a very loud, laughing and nasty mother in a childrens performance. Really noisy. Talking all the time. Real fun. She was called Sylvia.

A friend of mine told me a story. She said:

” I went to see your sister the other day, when I heard this voice from the corridor. It was your voice from Sylvia in  the performance. I thought, is Anne here now, I thought she was on tour, and why is she joking with Sylvias voice, here, in the corridor, in her sisters house ?”

She went to see, and that was the first time she met my mother.

We can’t get away from our own story, can we.

I have done: many of my mother, one of my aunt (that I didn’t know), one of my father (still to be developed), one of my step father (proud of that one, nobody would recognize him), one of my nanny. Some mixed.

And I have done me. Only me. I think. Me acting me, me being there, not really being a character. There is a difference.

Why did I write this ?

When I was asked to write this article, I knew I didn’t want to write technically about the work. I have done that before. Tried to describe what is happening on the floor. The referances are always very visible and concrete, but how to explain in words, without showing? What is hidden behind ?

Then a sentence entered my mind. My mother is irresistable. It wouldn’t go away.  So I decided to listen to that sentence and not think and just write what came. So I did.