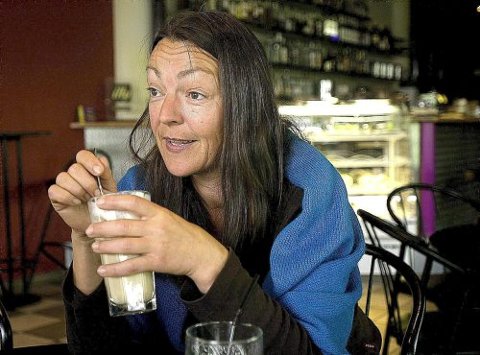 “The stones that them builders refuse, will always be the head cor- ner stones. I’m a builder, baby. Don ́t you pick and refuse me. For the stones that you refuse, are the stones we shall use. Do you hear me, hear what I say….” (Bob Marley)

It has surely been difficult at times. And choices had to be made. Is theatre one way of continuing to do politics? Is theatre a way of escaping from politics? What do I know now that I did not know in l975? What do I need to relearn, so as to not go stale in 1998? Now? Is the whole world in the process of going stale, what can I do? It feels overwhelming. Is it drowning me? Is it impossible to go on being a reckless optimist on behalf of the world as a whole? Is it possible not to? To live is difficult in itself. From the start is it without meaning? Have we all thought like this? Different difference. It does make a difference. The act, the word, the nod, the refusal, the time, the money, the move, the space. Giving them. Receiving them. It makes difference. It makes versions. Renditions. Interpretations. From direct political actions, to direct actions. Confronting difficulties in doing. In making difference towards myself, my body, my voice. Take version one, take number two, take the seventh. I am suddenly my own opponent. Ha! There are different versions, one has versions, the direct political actions made by young people. Disarmament and disillusion especially seen amongst the older generation. Are these roles changing? I have to become young again.

I thought I could take a break, it is not really possible is it? A nap? We cannot sleep in class. Take the second version, Robert Zimmermann ́s version: “For I was so much older then, I am younger than that now.”

I am, you are, she, he, it is, we are, you are, they are. They are trying to make sense. Anybody. Apart. The individual and the group. Inside. Outside. Seven for a secret never to be told. The journeys back and forth between form and content. About direct and indirect. About being an example. Do I believe in forever? Micro-plan. Macro-plan. What happened to the ten commandments? Have they been seen since Kieseliowsky used them Anybody seen them? A need for integrity, moral, autonomy, consideration, solidarity … (fill in yourself). Perspective. “The stones that them builders refuse, will always be the head cor- ner stones. I’m a builder, baby. Don ́t you pick and refuse me. For the stones that you refuse, are the stones we shall use. Do you hear me, hear what I say….” (Bob Marley)