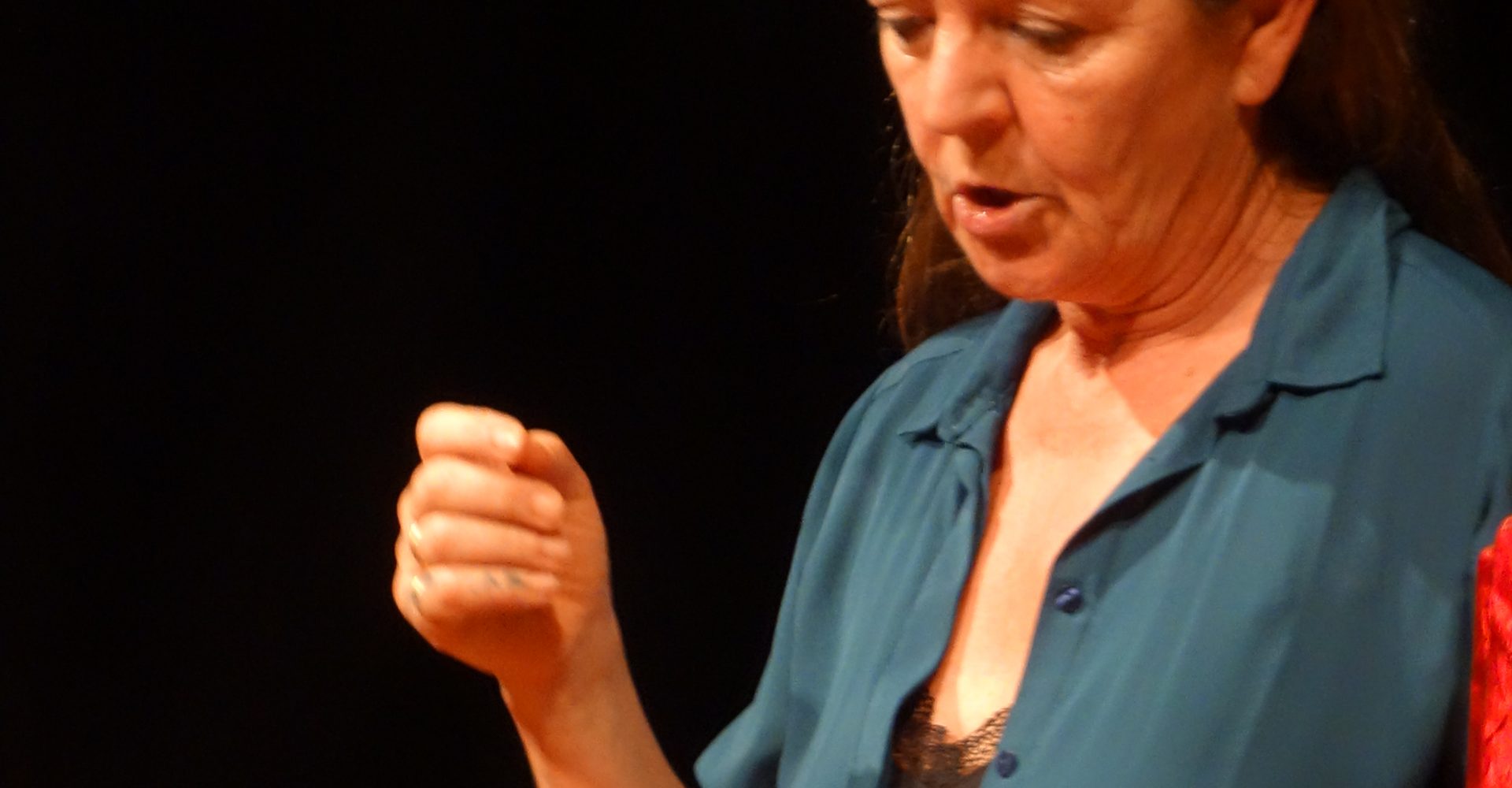 I cried because I understood
that I was saved,
I also cried because
I felt so different.
I was suddenly not interested
in being as popular
as these two girls,
having breasts
and being blond,
from the Big City or whatever
I imagined them to be.
I wanted to be myself.
If that was to be a character,
so be it.