Blue is the smoke of war 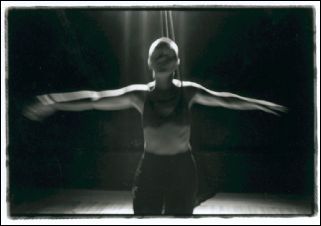 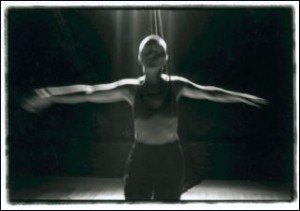 The work is largely drawn on materials and characters from Good Times for the evil ones inspired by Georg Johannesen.

The work is largely drawn on materials and characters from Good Times for the evil ones, a previous ensemble production by Grenland Friteater, inspired by the writings of Norwegian poet and scholar Georg Johannesen. It will present his work in four parts or movements like in a musical piece:

Second movement – Winter (Allegro ma non troppo): takes place in Norway during the fifties and has the form of a cabaret. The singer/performer sings of the
“good times”.

Third movement – Spring (Scherzo): The scherzo is more directly concerned with the political situation in Norway and takes advantage of the satirical power of Georg Johannesen: “Of all the people in the whole world it is the Norwegians who have dreamt the most beautiful dream about life”.

Fourth movement – Summer (Allegro con brio): places us in the garden of greek philosopher Epicurus with the motto: Do not fear death, do not fear God. Pleasure will then be easily found, pain easily overcome.

The performance is presented in English.