– a tragicomical mono drama for, on, in and out of love – For Love is the result of a collaboration between Roger Rolin, actor […] 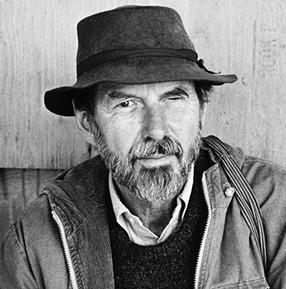 – a tragicomical mono drama for, on, in and out of love –

For Love is the result of a collaboration between Roger Rolin, actor from the swedish Institutet for Scenekonst and Tor Arne Ursin, director of Grenland Friteater. In this work they have swopped roles, and had great fun doing so.

Inspiration and text material for this solo show has been drawn from the poems of Robert Creeley, this ”…one-eyed, funny, warm american poet who almost exclusively writes love poems. Dense, hard statements – in anger, something locked up which is finally let out, or a soft talkativeness, seeking kindness, warmth”.

Starting from these poems, Roger and Tor Arne have created a monodrama characterized by its simplicity and boldness in an almost explosive style.

The theme of the performance is love in all its aspects – as knot, longing, obsession, poetry or lack of love, whether it is being told with sincerity or humour.

Any way it has become a performance about love made with love – of the theatre, of poetry, of life itself.

”Are you happy, sad, not happy, please come /This is a poem for everyone.”

Creeley, born 1926 in Massachusetts, first got known in connection with the american ”beat generation” fronted by names like Allen Ginsberg and Jack Kerouac, but he lacks their image as social outcasts.

His language is characterised by a mixture of high and low style, of everyday speech mixed and ”literary” allusions of elisabethan poetry or Walt Whitman.

Nearly all of his poems are love poems. He says of himself that he is ”…a domestic poet…I am committed to the hearth, and love the echoes of that word. The fire is the centre.”

Since his break-through in 1962 with a collection of poems called ”For Love”, his reputation as a poet has only been growing. Joyce Carol Oates writes of him:

”Creeley is absolutely mesmerizing in his ability to suspend and to define the passage of thought, the process of experience in all its ironic, inexorable sadness. No poetic theories are required to support such art: it achieves its own permanence by relating at once to our own groping, semi-articulate wonder.”

Tor Arne Ursin is one of the directors of Grenland Friteater – one of Norway’s longest standing and most significant independent theatre companies. He has directed most of the company’s major productions, which have toured extensively throughout Europe.

Roger Rolin works as actor, director and pedagogue in the swedish Institute for Stage Art, directed by Ingemar Lindh. The Institute is one of Europe’s most recognized research groups on the art of the actor.

WHAT THE PRESS WROTE

” Ursin’s way of managing the unity and continuity of Creeley’s version of american life as a decrepit modern archetype is done with idiomatic virtuosity and links up with the content, when the actor through diciplining his own experience puts the personality at stake. In short: He is not Creeley, but he has found the hidden unity with the poet.” -Kjerstin Norèn, Nya Teatertidningen, Sweden.

” The audience were spellbound by Ursin’s energetic performance. He impressed us and performed so strongly that several in the audience had watery eyes.” -Nordlands Framtid, Bodø.

” Partly tenderly and quietly, partly comically and grotesquely … Ursin uses his whole body and a great range of expression in a dynamic, expressive style and filled the hour upon the stage with his charisma and personality. ” -Lofot-Tidende, Lofoten.

” STAGE-MAN WITH GREAT RANGE… Ursin knows these texts inside out, that is obvious. He is screamingly funny, he howls evilly and furiously, with great mimicry and an impressive body control. This is experimental theatre performed both with knowledge and heart.” -Bergensavisen, Bergen.

” DECLARATION OF LOVE FOR THE THEATRE…Ursin has a total scenic presence, with a body control and command of his voice that most actors could envy him. Aided by tiny gestures and physical variations he illustrates the nuances of the text in a finely tuned way. He evokes images and moods from the poems so convincingly that they almost come alive to the spectator… Director Roger Rolin…has stripped the whole performance down to 50 minutes. Any dead centres have been omitted. With that many single moments appear that one must be allowed to call theatre magic. ” – Morgenbladet, Oslo.